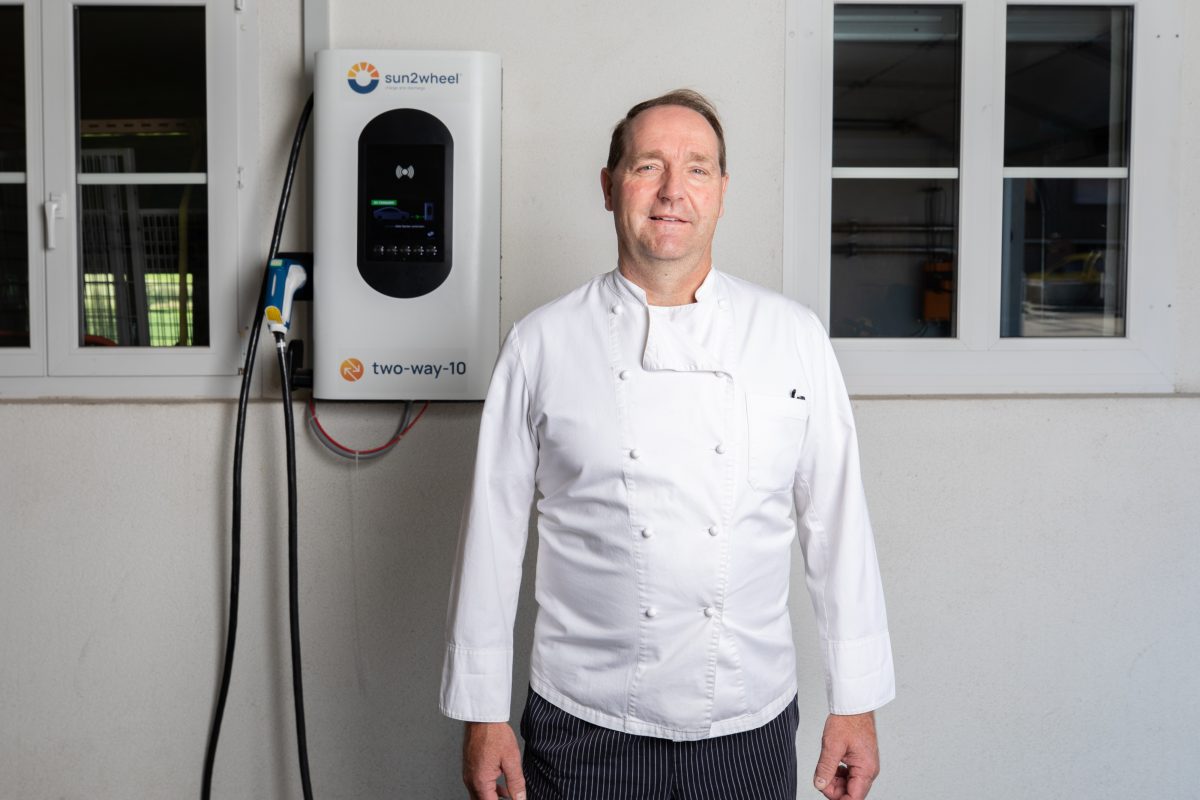 The Landgasthof Ochsen in tranquil Geiss in the canton of Lucerne is far away from big cities. At the sight of the historic inn, one imagines oneself in another time. But you soon realize that you are not in the past. Because here, the vehicles are not powered by old combustion engines, but by modern electric motors. However, you only see how far this goes at second glance.

The apartment building on the other side of the street also belongs to the owner of the Ochsen, Hugo Eiholzer. Even more, there is a large photovoltaic system on the modern apartment building. But what you don’t see: The apartment building and the Landgasthof Ochsen are electrically connected. The two buildings are an association for self-consumption, or ZEV for short. And when the solar power is not being consumed in the two buildings, it flows into the purely electric Nissan vehicles via the two bidirectional charging stations. If, however, the solar power is not sufficient, the vehicles feed the temporarily stored electricity back into the ZEV. In this way, the company’s own electricity can be optimally used in the operation of the inn. 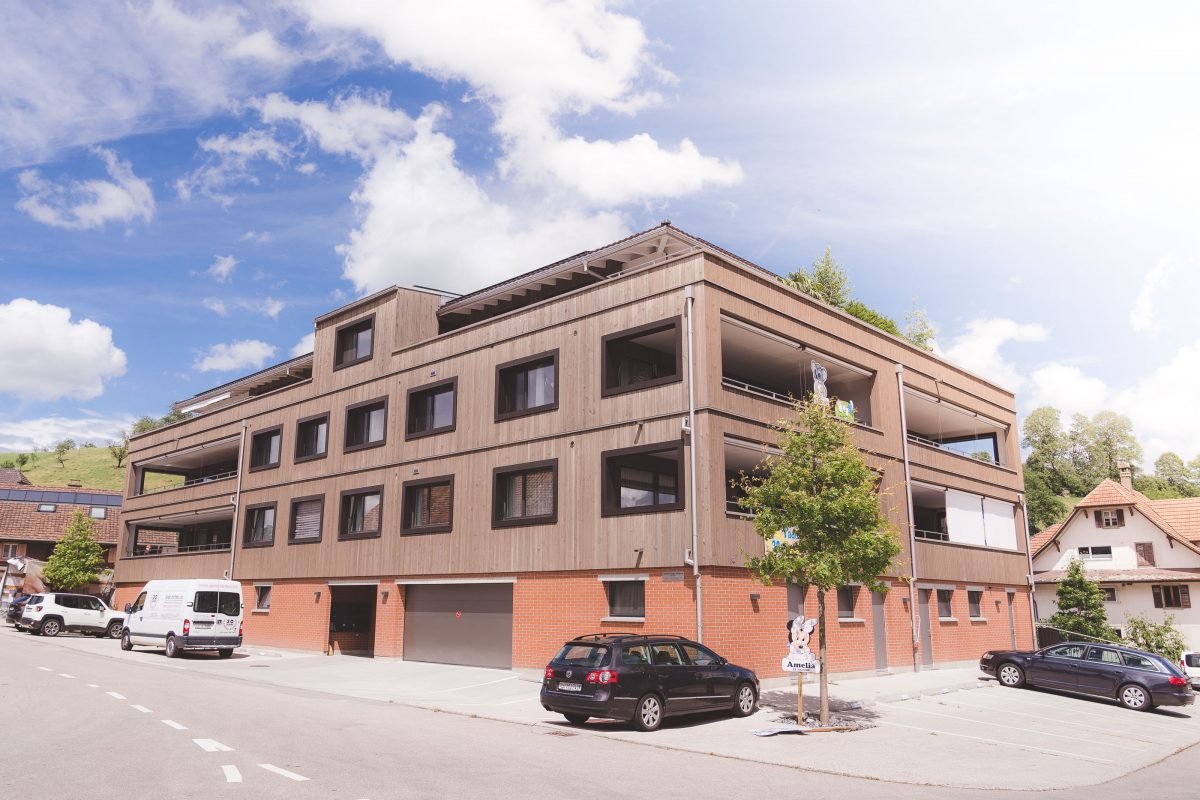